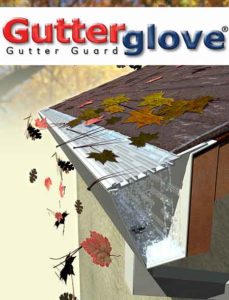 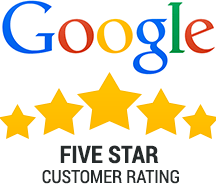 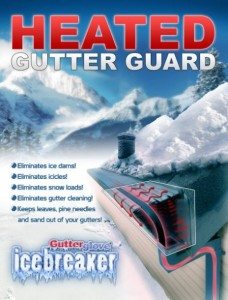 Why Choose Gutterglove Pro Gutter Guards Over the Competition:

AmeriGutter proudly installs Gutterglove the #1 rated Gutter Guard in the US!

As a business owner working in the RI, MA & CT areas, I want to provide a gutter guard product to my customers that will not only satisfy their needs but will also save my company time and money from having to return to unsatisfied customers homes to unclog and repair their gutters.

We’ve tried the so called reverse curve gutter guards systems like Gutter Helmet, Leafguard and LeafFilter.  We spent almost $9000.00 on a machine to make covers almost identical to Gutter Helmet but with in 6 months, customers were calling us back with complaints.

One of the problems we identified was built up gook on the front curve of the Leafguard preventing the flow of water around the curve into the gutter, this curve would need to be periodically scrubbed clean (not exactly what I would call maintenance free). Also the rain would pick up debris and the debris would flow with the water around the gutter helmet curve and into the gutter clogging the down spouts. The cure that Leafguard & Gutter Helmet suggest to prevent frequent clogging is to put a large 3×4 commercial downspout on the house which is costly, looks unnatural large on a residential home, and the debris that flows down the 3×4 down spout would then clog underground french drains.  Other problems included small birds squeezing through the small Leaf Guard opening and nesting inside the gutters, bees nesting inside, damaged roofs and voided roof shingles warranty as the result of lifting the shingles to install the gutter guards.  Additionally, we received complaints about the size of the system or the unconventional look taking away from the curb appeal of there homes.  gutter guards installation was never meant to be like this.

We also tried the cheaper, diy, mesh-type gutter guards but these systems would collapse with the weight of snow and clog with debris almost as quickly as a gutter without covers.  The reason for this is that small debris like pine needles and maple seeds can get through the small hole and even a small amount of this debris can create a “rat’s nest” type of clog over the hole for the downspout. We were just about ready to give up on gutter guards when I discovered a product called LeafFilter.  LeafFilter, with a stainless steel filter solved all of the above problems but had a couple of shortcomings, one is the filter is not attached at the factory but instead needed to be glued on with caulking on the job site by the LeafFilter installer, we have had a number of filters that have come loose and fell off the housing onto the . Second its that the housing is made of vinyl and tends to warp in the heat of the sun, finally because the product sits flat on top of the gutter it would collect debris on top of it causing water to run off the top. Pollen would also cake up on top and the filter would need to be scrubbed clean.

Finally a manufacturer came out with a product which solved all of the issues involved with Leaffilter and other manufacturer shortcomings.  We are happy to be the area’s authorized and sponsored dealer for GutterGlove Pro gutter guards. Its stainless steel filter will not let pine needles, maple seeds or even dirt enter the gutter, nothing but water!  It is installed on top of the gutter and is attached by screws to the front lip of the gutter so there is no potential for damaging roof shingles, it is almost invisible from the ground and because it sits at a 20-30 degree angle.  A stiff breeze is all it takes to blow off any leaves on top.  GutterGlove Pro has recently received the highest rating with the leading consumer reporting magazine as well as a number of other independent consumer reporting agencies such as gutterguardprotectionreviews.com as the best gutter guard on the market!  Again, we are privileged to be an exlcusive sponsored dealer.

We’ve been installing filtered gutter covers for over fifteen years now and we no longer have angry customers.  I’m proud to say we now have Gutterglove Pro, the very best gutter guard on the market to offer our customers and it’s not just me saying that, it’s several leading independent consumer reporting agency’s as well!

How About Our Competitors? 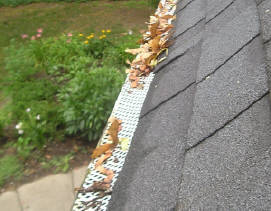 They collapse from the weight of ice and snow. Many of our competitors use a very general and unspecialized type of mesh system often with vinyl.  The effectiveness of such systems is brittle at best. 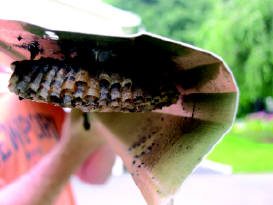 The last thing you would expect from such a popular product after a couple of years would be to find a hive of unwanted pests that pose a danger to the occupants and visitors of your home.  Gutterglove Pro won’t allow any type of pest to make its own home in your gutters. 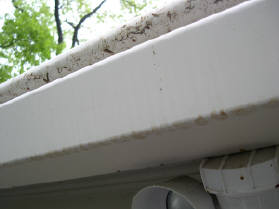 Leaf Guard’s front lip builds up with goop which prevents water from flowing and need to be scrubbed periodically.

Leaf Guard is pretty popular in New England and especially in Connecticut but what homeowners don’t like to find out is that their leaf guard system has failed to eliminate debris accumulation thus leading to failure over time and the possible consequences that come with gutter failure.  This type of gutter system will also need you to get on a ladder and give them a nice cleaning from time to time. 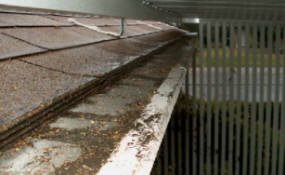 Leaffilter sits flat on top of the gutter causing debris to sit on top and clog the filter with pine needles, pollen, moss etc. It’s housing is made of plastic not heavy gauge aluminum like Gutterglove.